Skip to content
The last three weeks have been nothing short of fabulous; coffee, couch, food, couch, physio, food, sleep.
Repeat.
Every day.
Three weeks.
Okay, okay, I did  finish three projects for my job, while constantly migrating between the kitchen table and the couch. I needed to do a lot of research for these projects, so I learned a considerable amount about World War II, European History, Youth connection in large cities, and the French education system. The days actually flew by and the constant grey cloud, hanging over Angers and threatening me with its wet drops motivated me to stay put and work.
Week number three was much more exciting, as I regained some energy and mobility. This called for some coffee dates! ….and beer dates…..

One last hoorah before my departure up north!

I can finally type with two hands again (YAY!!!) and use my fingers to do every-day tasks (my friends no longer have to cut my veggies and do my hair, which I am sure was the highlight of their day…). My arm is stuck in a constant state of disappointment as it thinks it is capable of movements like scratching my head and reaching for a towel, but is quickly reminded that it can’t….Yet. Victory is soon to come!!
While you’re celebrating my soon to be victory, as I’m sure you are, check out these beautiful stone houses I saw in Fontainebleau….

After missing my ride from Paris to Tourcoing, where my office is located, seven hours from Angers, I spent the night in Paris with my two wonderfully welcoming friends and peaced out early in the morning. Since I was going to miss the day in the office anyway, I thought I’d head straight to Brussels and catch a train back to Tourcoing from there, which would only add an hour to the trip. My fellow nomadic world wanderer friend, Manu, just so happened to be in Brussels at the same time so my cold and lonely day ended up being bright, adventerous and fun!  In six hours we managed to make and eat a delectable meal (four people from four different countries and three languages spoken = one hell of a lunch date), drink Belgium beer, eat Belgium chocolate and fries, see La Grande Place, where there are buildings from FIVE different centuries (you need to go there) AND see the statue of the peeing boy! That schedule definitely beats waiting in a train station.  Manu’s unnaturally naturally good instinct is what actually sparked this entire day when he just so happened to give up on wifi for communication and found me in the train station, 45 minutes after I was supposed to arrive. Thanks Manu! 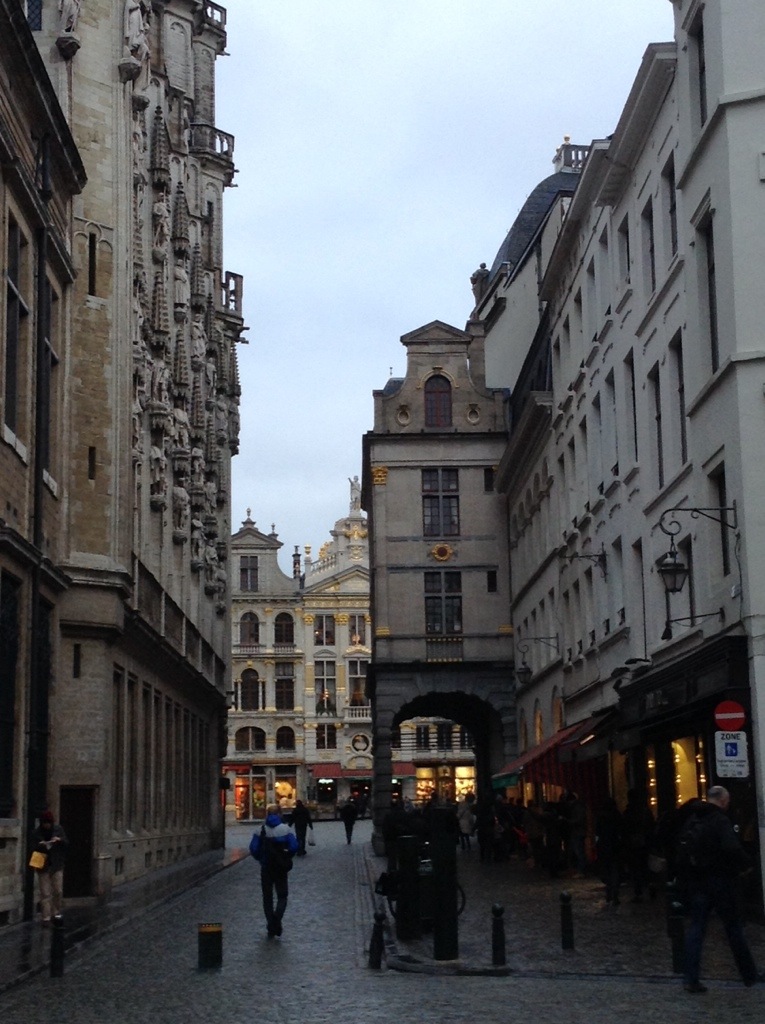 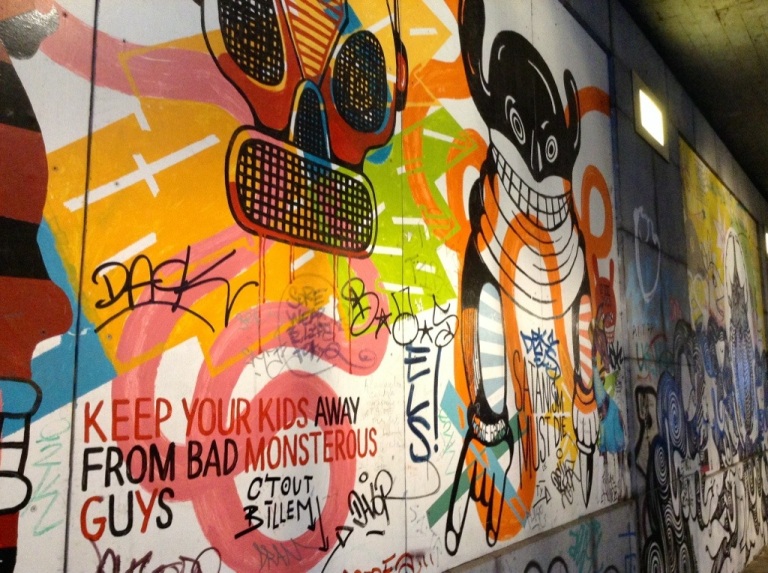 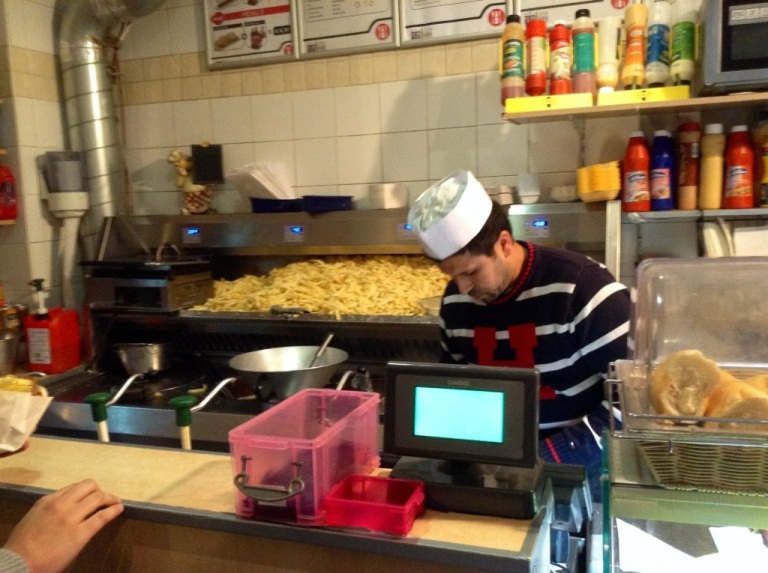 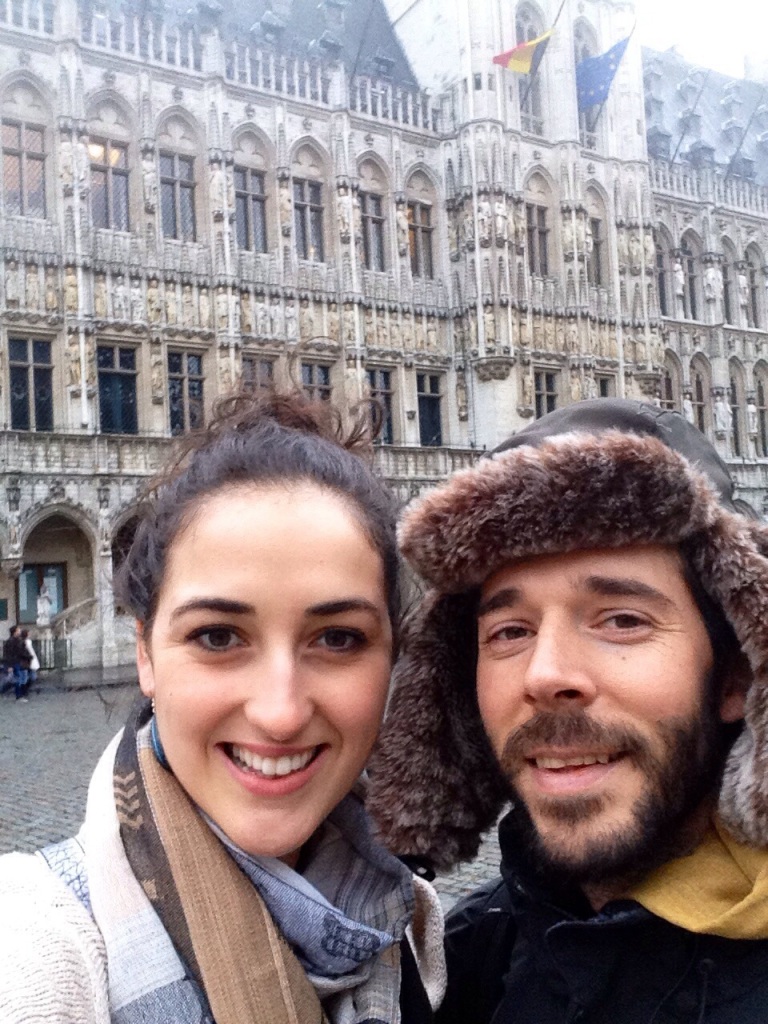 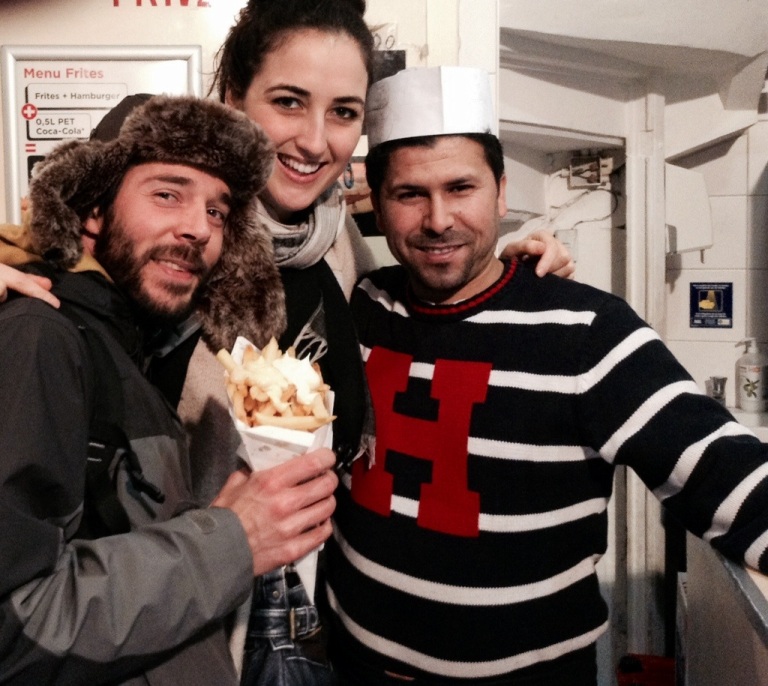 I ended up getting home much later than expected, due to a late train and my horrible ability to read when exhausted, paid 20 Euros for an 8-minute taxi ride, and the cold, due to a broken heater in my apartment and the lack of blankets, kept me up all night. Despite all of this, I was in high spirits. The day was so amazing that zilch all could break my overwhelming sense of joy. I got to catch up on Skype dates too, so being up was worth it.

Today was the day. Three weeks, one hospital visit, two missed trains and a day in Belgium later, I finally made it to my office, Direction Jeunesse. It is an open concept with desks facing in random directions with a tea and coffee station placed perfectly in the corner. My eight fellow colleagues welcomed me graciously, including the other intern, who is close to my age and from England. We speak english together but I continue to speak french with everyone else, so my progress is safe! My job is basically to help Canadian and French youth find international internships, give students presentations about Canada and travelling abroad and to promote the Acadian Festival in Canada next year, while teaching Francophones here in France about l’Acadie. It’s busy, it’s a change, it’s perfect.
What else? Christmas arrived in my office today! My box full of joy finally came, with a variety of homemade Island goods from my fantastic family. After seven years of harrassing my aunt for one of her famous cross stiches, I got a mini version stiched on the bib of, of course, a giraffe! I was delighted with everything, especially the timing of arrival as I now have room for it all.
Merry Christmas, everyone!

The following are some pictures of the city where I live

If travel is an addiction, I'm afflicted.

A WordPress Site
This beautiful world

I'm in Bklyn y'all

Mandy and Chris around the world

Im the way I am